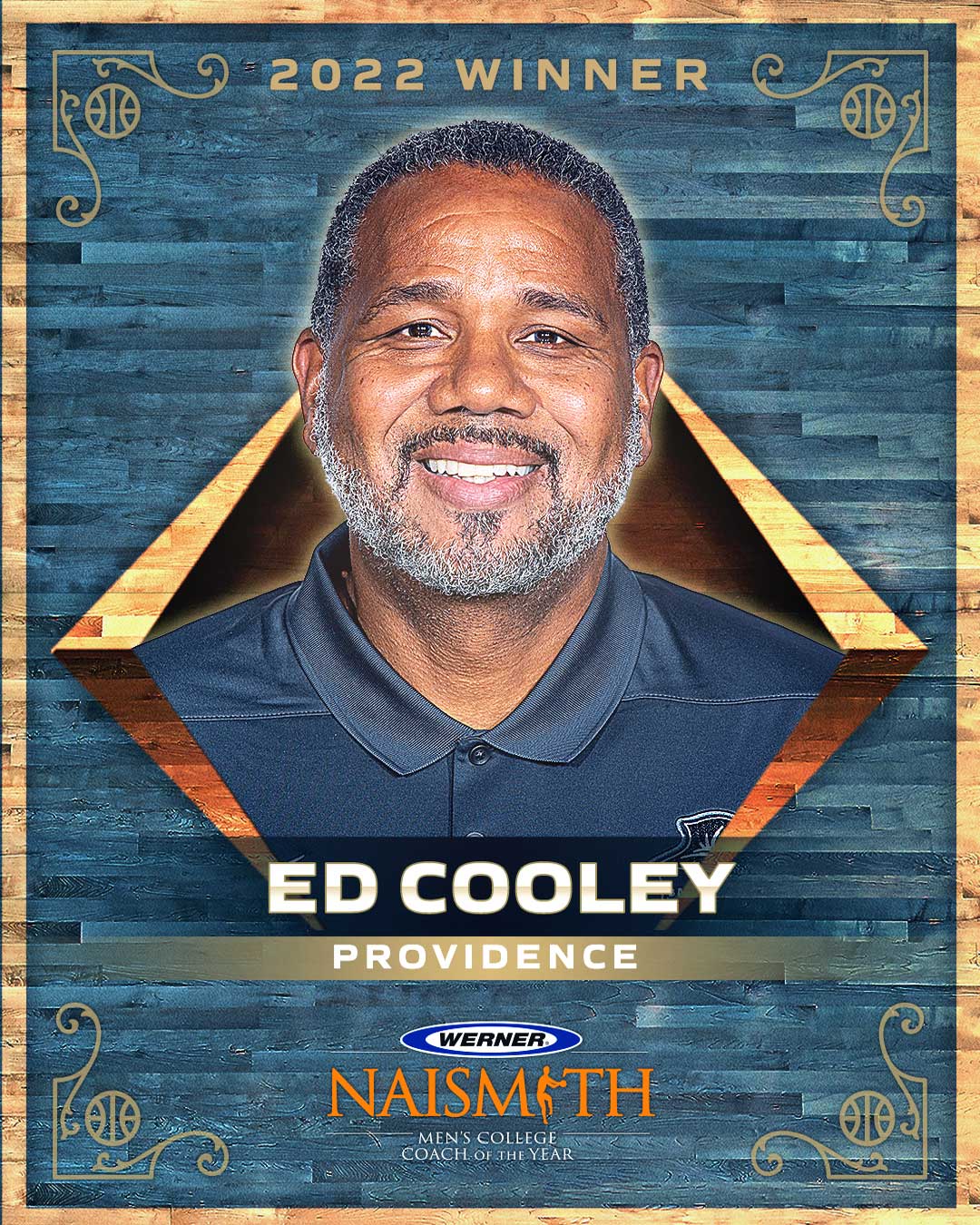 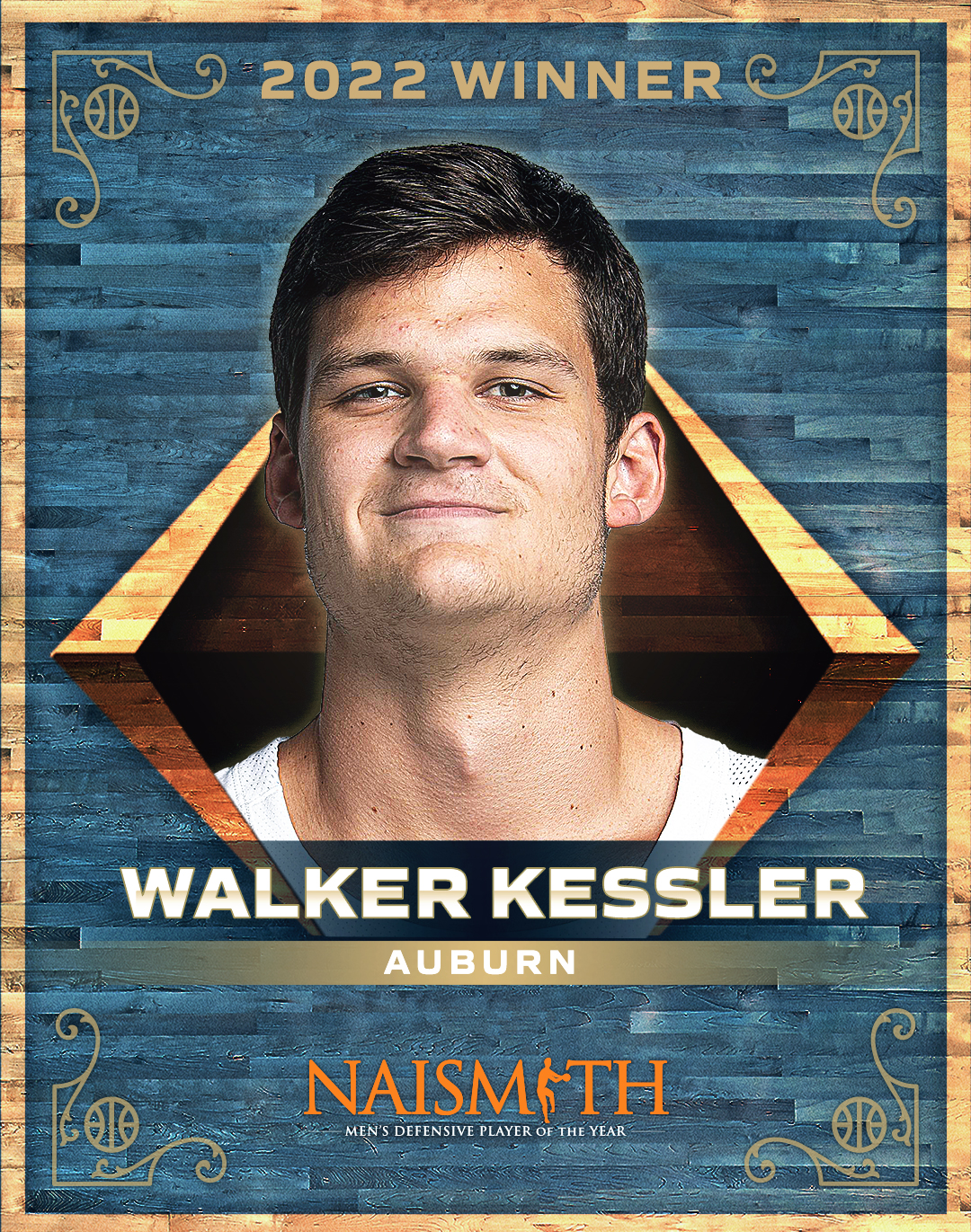 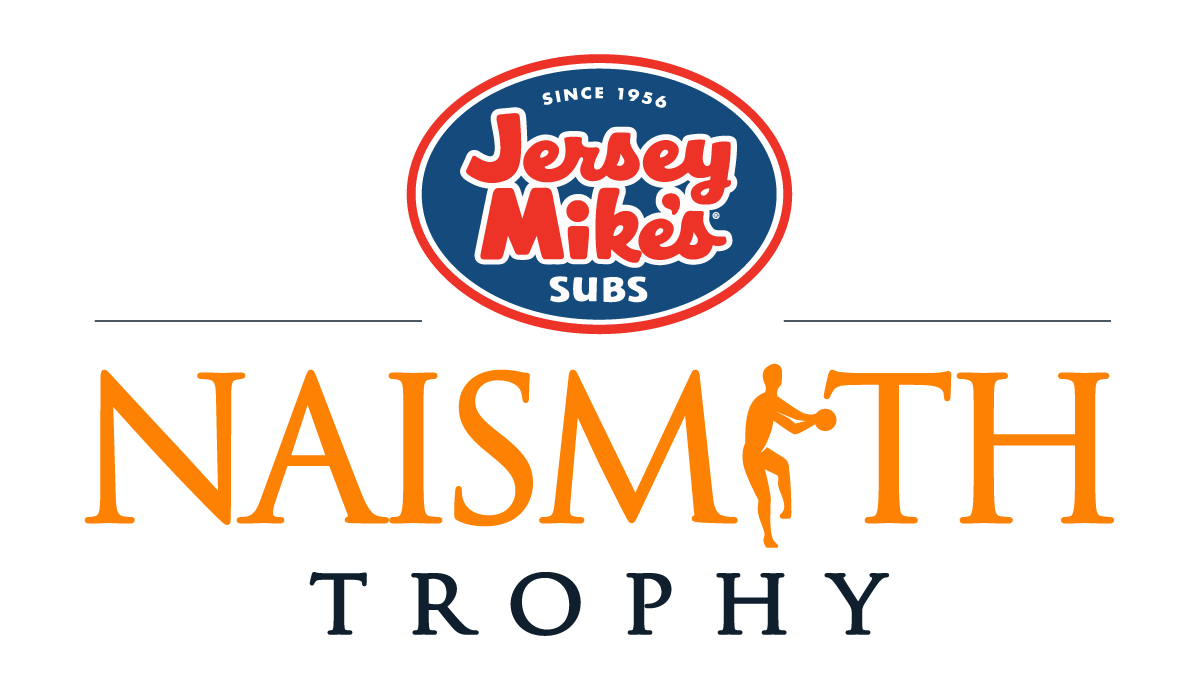 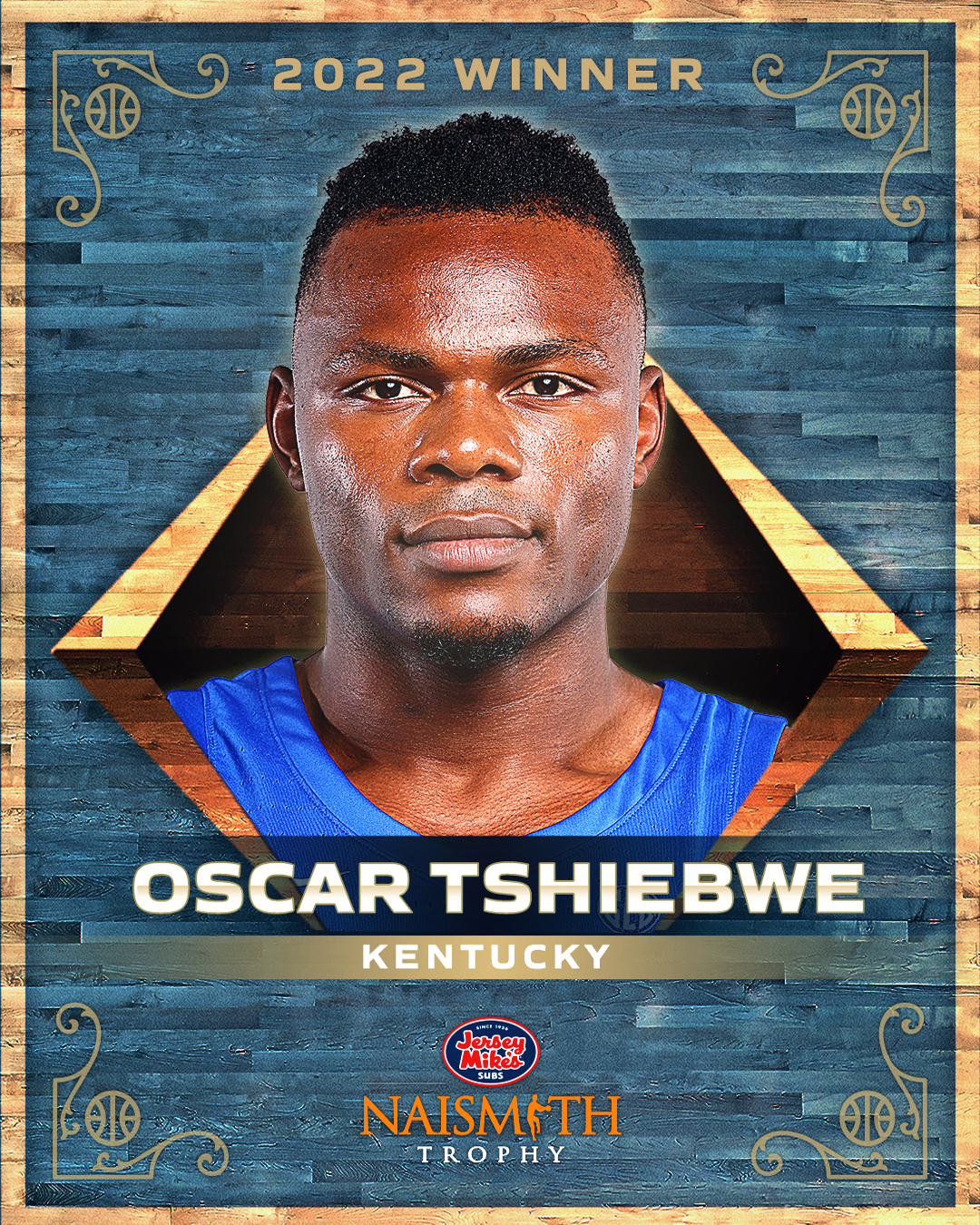 “Ed’s undeniable coaching acumen has been evident throughout his team’s historic 2021-22 season, and we’re thrilled to recognize him as the 2022 Werner Ladder Naismith Men’s Coach of the Year,” said Eric Oberman, executive director of the Atlanta Tipoff Club. “On the court, Oscar and Walker displayed tremendous determination and leadership, resulting in dominant seasons for each and making them worthy representatives of the Naismith Player Awards.”

Cooley, named the Big East Coach of the Year, is the first Friar coach to earn the prestigious honor. He led his team to a historic season, ending the year 27-6 to tie for the second-highest single season win total in program history. Providence also earned its highest tournament seed ever at No. 4 and eventually advanced to the NCAA Sweet 16. This marked the sixth time overall and the first time since 1997 the Friars have managed such a feat. Cooley now ranks second all-time in wins at Providence. He edged out Mark Adams (Texas Tech), Greg Gard (Wisconsin) and Tommy Lloyd (Arizona) for the honor.

“It’s a privilege to honor the most outstanding coaches in college basketball through our association with the Atlanta Tipoff Club, and we congratulate all the 2022 men’s finalists on their tremendous seasons,” said Stacy Gardella, head of Global Marketing Technology & Operations at WernerCo. “All four finalists deserve recognition, but it was the leadership and commitment to the student-athletes he coaches which ultimately set Ed Cooley apart to claim this honor.”

“First, I want to thank the Naismith Awards and those of you who voted that saw something special in our group,” Cooley said. “Secondly, I think the Werner Ladder Naismith Coach of the Year is not an individual award, but the highest team award. I am thankful for my team who showed dedication and perseverance this season. And as the proud coach of Providence College, I know it also can’t be done without a powerful and strong staff supporting all of us.”

Tshiebwe is only the third SEC player to win the Jersey Mike’s Naismith Trophy for Men’s Player of the Year. He topped fellow finalists Ochai Agbaji (Kansas), Johnny Davis (Wisconsin) and Keegan Murray (Iowa). Tshiebwe concluded the season with 16 straight double-doubles, the longest Kentucky streak since 1969. His 28 double-doubles this season set a new Wildcat single-season record, and he is the first Division I player to average at least 15.0 points and at least 15.0 rebounds per game since Drake’s Lewis Lloyd and Alcorn State’s Larry Smith each did during the 1979-80 season. He also became only the third player in program history to amass at least 500 rebounds in a season with 515 total. On the defensive end, Tshiebwe was the only major conference player who averaged at least 1.6 blocked shots and 1.6 steals per game during the regular season.

“Jersey Mike’s congratulates Oscar for being named the 2022 Jersey Mike’s Naismith Men’s Player of the Year,” said Rich Hope, chief marketing officer, Jersey Mike’s Franchise Systems, Inc. “While all four finalists were exceptional candidates and had remarkable seasons, it ultimately was Oscar’s grit and on-court leadership which set him apart to claim this award.”

Kessler becomes only the third Atlanta Tipoff Club ‘Mr. Georgia Basketball’ to win a Naismith Award; he joins Donnell Harvey (1999) and Dwight Howard (2004), both of whom won the Jersey Mike’s Naismith Trophy for Boys High School Player of the Year. Named SEC Defensive Player of the Year, he averaged 11.4 points, 8.1 rebounds and 1.1 steals per game this season. A first-team All-SEC and All-American third team selection, his 155 blocks on the season are the most in Division I and a program single-season record. He also ranked No. 1 in the SEC and No. 2 nationally in blocked shots per game (4.6 avg.) and helped lead the Tigers to their first-ever No. 1 ranking in the national polls and to an SEC regular-season championship title. Kessler led the nation in triple-doubles with two, including 15 games with five or more blocked shots. He bested Chet Holmgren (Gonzaga), Oscar Tshiebwe (Kentucky) and Mark Williams (Duke) for the honor. Kessler joins Aliyah Boston (South Carolina) as 2022 Naismith Defensive Player of the Year, securing an SEC sweep for the honor.

“I want to thank the Atlanta Tipoff Club for the Naismith Defensive Player of the Year honor,” Kessler said. “Thank you to my teammates, my coaches and my family and loved ones.”

Cooley and Tshiebwe were chosen by the Atlanta Tipoff Club’s national voting academy, comprised of leading media members from around the country, current and former head coaches, former award winners and conference commissioners, all of whom based their selections on outstanding on-court performances during the 2021-22 college basketball season. Additionally, fans had the opportunity to cast a ballot through naismithfanvote.com and on the @NaismithTrophy and NCAA @MarchMadnessMBB Twitter pages, which accounted for 5% of the overall vote. The vote was tabulated and certified by Aprio, a premier CPA-led business advisory firm, headquartered in Atlanta. The winner was presented with the Jersey Mike’s Naismith Trophy, which is produced and provided by Herff Jones, leading provider of graduation and educational products and services designed to inspire achievement and create memorable experiences for students. A replica trophy will be donated by Herff Jones to the winner’s university.

NAISMITH DEFENSIVE PLAYER OF THE YEAR

The Atlanta Tipoff Club’s board of selectors, comprised of leading journalists from around the country, selected Kessler, basing their selections on outstanding on-court defensive performances during the 2021-22 regular college basketball season.

WERNER, a WernerCo brand, is the official ladder of NCAA® March Madness® and the world leader in ladders with a complete line of climbing products designed for working at heights. The portfolio includes ladders, attic ladders, scaffolding, pump jacks, stages, planks, stepstools, accessories and fall protection equipment including harnesses, lanyards, anchors and compliance kits. From ladders to fall protection, Werner provides a full line of climbing equipment that’s engineered to give you maximum safety, durability and productivity at every height. For more information, visit www.wernerladder.com.