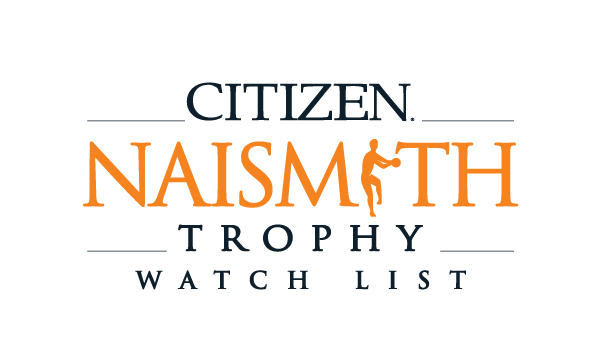 ATLANTA (November 9, 2017) – The Citizen Naismith Trophy kicks off a special season, which will culminate with the 50th presentation of the award April 1, 2018, and today the Atlanta Tipoff Club announced 50 players to watch for the coveted honor. A list of the midseason 30 team will be released on Feb. 14, 2018.

“We are proud to recognize our former winners during this special season, and reflect on the heritage and tradition of the past 50 years,” said Eric Oberman, executive director of the Atlanta Tipoff Club. “There are tremendously talented candidates vying to win the 50th Citizen Naismith Trophy and that process starts today.”

Overall, nine players on the Watch List represent the ACC, while the Big Ten, Pac-12 and SEC each placed eight candidates. Duke, which has won more Citizen Naismith Trophies (7) than any other school, leads the Watch List with four players, followed by Arizona and USC with three players apiece.  Players who do not make the watch list are still eligible to be selected for the midseason 30 team.

Citizen, a pioneer in watchmaking and innovative technology since 1918, promotes excellence and creativity with a deep-rooted respect for craftsmanship. Citizen advocates “Better Starts Now,” searching for and accomplishing goals that are cause driven. In this respect, Citizen aligns with organizations and personalities that reflect the values of the brand including the Billie Jean King Leadership Initiative, Naismith Awards, National Merit Scholarship, and Good360.