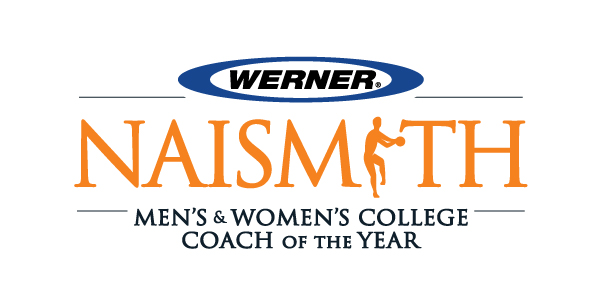 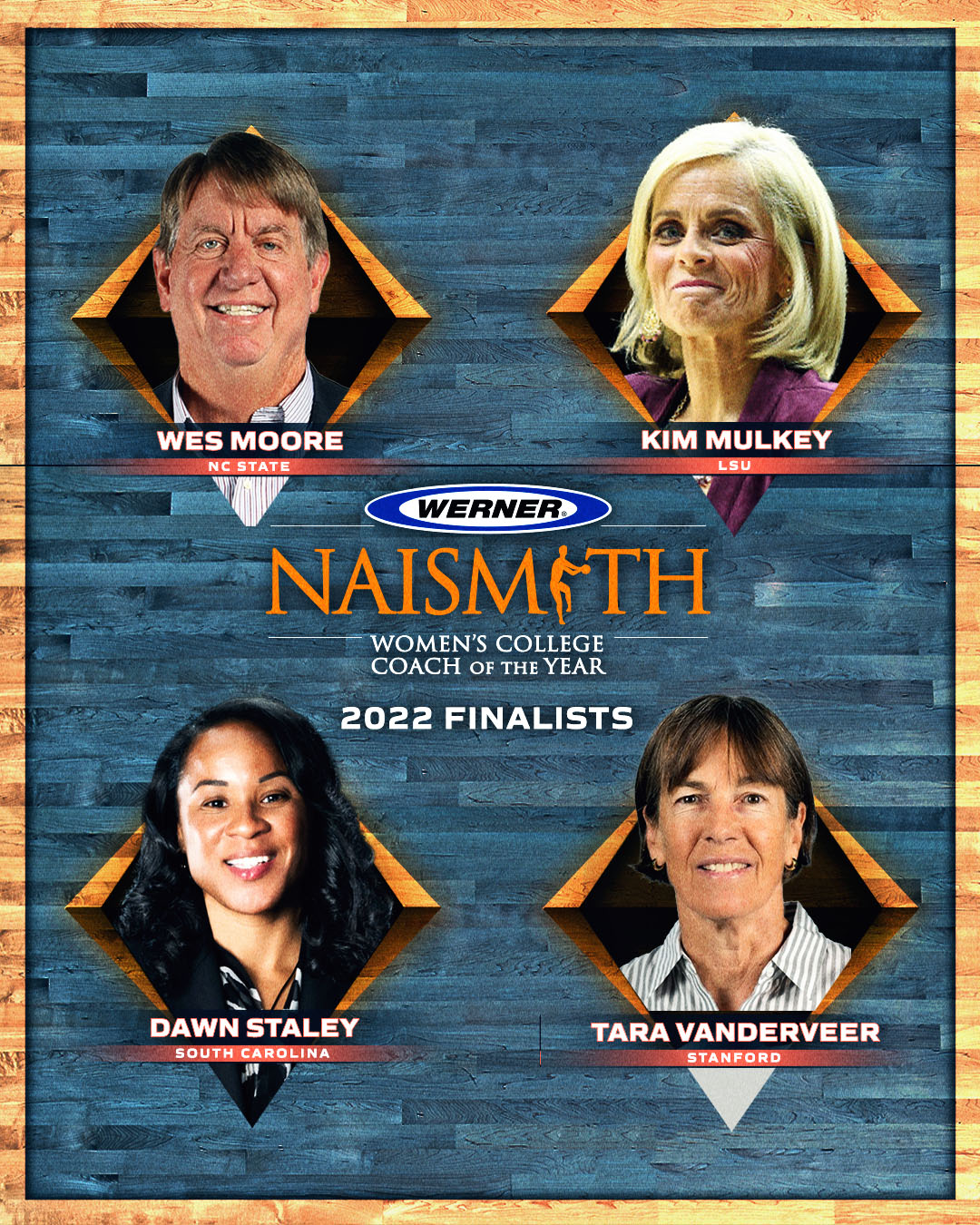 Staley (South Carolina) was named Werner Ladder Naismith Coach of the Year in 2020, making her the first former Naismith Player of the Year (1991, 1992) to earn such an honor. Mulkey (LSU) seeks her second overall women’s coach of the year title and first as head coach of the Tigers. Stanford’s VanDerveer, the reigning Werner Ladder Naismith Coach of the Year and all-time winningest coach in women’s college basketball, would become a four-time recipient of the award with her previous wins coming in 1990, 2011 and 2021. Moore (NC State), a potential first-time winner, would be the first women’s coach in program history to receive the honor.

Adams (Texas Tech), Cooley (Providence) Gard (Wisconsin) and Lloyd (Arizona) all seek to become the first men’s coach in their respective programs’ histories to earn the honor. Lloyd also stands to become only the third all-time first-year coach to receive the award.

About the Werner Ladder Naismith Women’s Coach of the Year finalists:

About the Werner Ladder Naismith Men’s Coach of the Year finalists:

“This is the most exciting time of year for our sport, and the battle for Werner Ladder Naismith Trophy Men’s and Women’s Coach of the Year will be even more competitive as the tournaments progress,” said Eric Oberman, executive director of the Atlanta Tipoff Club. “We are excited to watch these coaches push their teams toward a championship.”

Fans will be able to support their favorite finalist by visiting naismithtrophy.com/vote between Tuesday, March 22-Tuesday, March 29, to cast their ballots; the fan vote will account for five percent of the overall final vote. Fans may also vote by visiting the @MarchMadness and @MarchMadnessWBB Twitter pages between March 22-29 to vote for their favorite men’s and women’s coach. The 2022 Werner Ladder Naismith Trophy for Women’s Coach of the Year will be awarded Wednesday, March 30, during the Women’s Final Four in Minneapolis. The men’s ceremony to award the 2022 Werner Ladder Naismith Trophy for Men’s Coach of the Year will take place Sunday, April 3, at the Naismith Awards Brunch during the Final Four in New Orleans.

“Each of the eight finalists has coached his or her team to a phenomenal season and are deserving of the Werner Ladder Naismith Coach of the Year title,” said Stacy Gardella, head of Global Marketing Technology & Operations at WernerCo. “We wish them all the best of luck in their tournaments and are excited to watch these coaches guide their teams.”

The four finalists for each category were chosen by the Atlanta Tipoff Club’s national voting academy, comprised of leading journalists from around the country, current and former head coaches, former award winners and conference commissioners, all of whom base their selections on outstanding coaching performances during the 2021-22 college basketball season. The vote was tabulated and certified by Aprio, a premier, CPA-led business advisory firm.

Founded during the 1956-57 season, the Atlanta Tipoff Club is committed to promoting the game of basketball and recognizing the outstanding accomplishments of those who make the game so exciting. The Atlanta Tipoff Club administers the Naismith Awards, the most prestigious national honors in all of college and high school basketball. Named in honor of Dr. James Naismith, inventor of the game of basketball, the family of Naismith Awards annually recognizes the most outstanding men’s and women’s college and high school basketball players and coaches. Other Naismith Awards are presented to the men’s and women’s college basketball defensive players of the year, as well as lifetime achievement awards to basketball officials and outstanding contributors to the game. UCLA’s Lew Alcindor received the first Citizen Naismith Trophy in 1969, while the late Anne Donovan (Old Dominion) was the inaugural women’s recipient in 1983.  Corporate partners of the Naismith Awards include Jersey Mike’s and Werner Ladder.