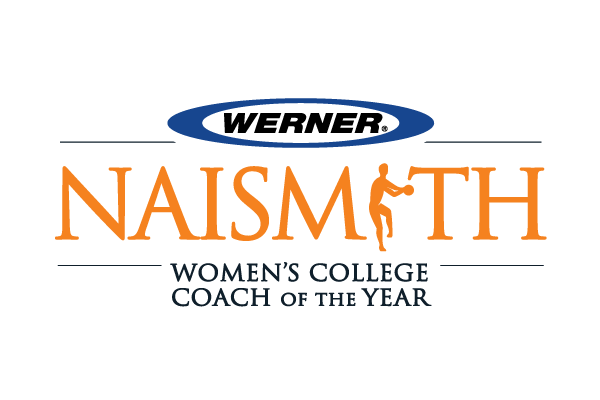 ATLANTA (April 1, 2018) – Becoming just the second coach to claim the Werner Ladder Naismith Men’sCollege Coach of the Year at separate schools, University of Virginia’s Tony Bennett was named the 2018 recipient, the Atlanta Tipoff Club announced today. Bennett joins John Calipari (University of Massachusetts, University of Memphis and University of Kentucky), in that feat, and also joins Mike Krzyzweski (Duke University and Jay Wright (Villanova University) as the only repeat winners of the award.

Bennett edged out finalists Rick Barnes (University of Tennessee), Chris Holtmann (Ohio State University) and Wright. Having won his first award in 2007 at Washington State University, Bennett extends the ACC’s lead of the most Men’s Werner Ladder Naismith Coach of the Year wins to seven.

For the third time in the past five seasons, Bennett was named the ACC Coach of the Year. He led the Cavaliers to a 31-2 regular season and the overall top seed ranking in the South Region of the NCAA Tournament. After starting the season unranked in preseason polls and being selected to finish sixth in the conference, Bennett helped Virginia rise to No. 1 in mid-February and won the league 17-1 during the season.

“What Tony did with this team was nothing short of remarkable,” said Eric Oberman, executive directorof the Atlanta Tipoff Club. “He has built a tremendous program that is competitive every year and he isdeserving to join some elite company with his second Naismith Coach of the Year award.”

“Werner is honored to be recognizing Bennett, as he joins an elite group of coaching legends as the newestrecipient of the Werner Ladder Naismith Coach of the Year award,” said Chris Filardi vice president of marketing at Werner Co. “This award is a symbol of past and present coaches who have shaped thedevelopment and positively impacted the lives of so many young athletes.”

“It’s a true honor to receive the Naismith award,” said Tony Bennett, winner of the Werner Ladder Naismith Coach of the Year award. “I owe it in large part to my players, coaching staff and family. I had aspecial team this year and this award will always remind me of that.”

Bennett was chosen by the Atlanta Tipoff Club’s national voting academy, comprised of leading journalistsfrom around the country, current and former head coaches, former award winners and conference commissioners, all of whom based their selections on the outstanding coaching performances during the 2017-18 college basketball season. The vote was tabulated and certified by Aprio, formerly Habif, Arogeti & Wynne, the largest full-service, independent CPA-led business advisory firm, based in Atlanta.

national honors in all of college basketball. Named in honor of Dr. James Naismith, inventor of the gameof basketball, the Naismith Trophy recognizes the top Men’s and Women’s College Basketball Players of the Year. Other Naismith Awards are presented to the Men’s and Women’s College Basketball Coaches of the Year, Boys’ and Girls’ High School Basketball Players and Coaches of the Year, Basketball Officials andOutstanding Contributors to the game. Celebrating its 50th year by honoring past winners, the CitizenNaismith Trophy was first presented to UCLA’s Lew Alcindor (later known as Kareem Abdul-Jabbar) in1969. Old Dominion’s Anne Donovan won the inaugural Women’s Citizen Naismith Trophy in 1983.