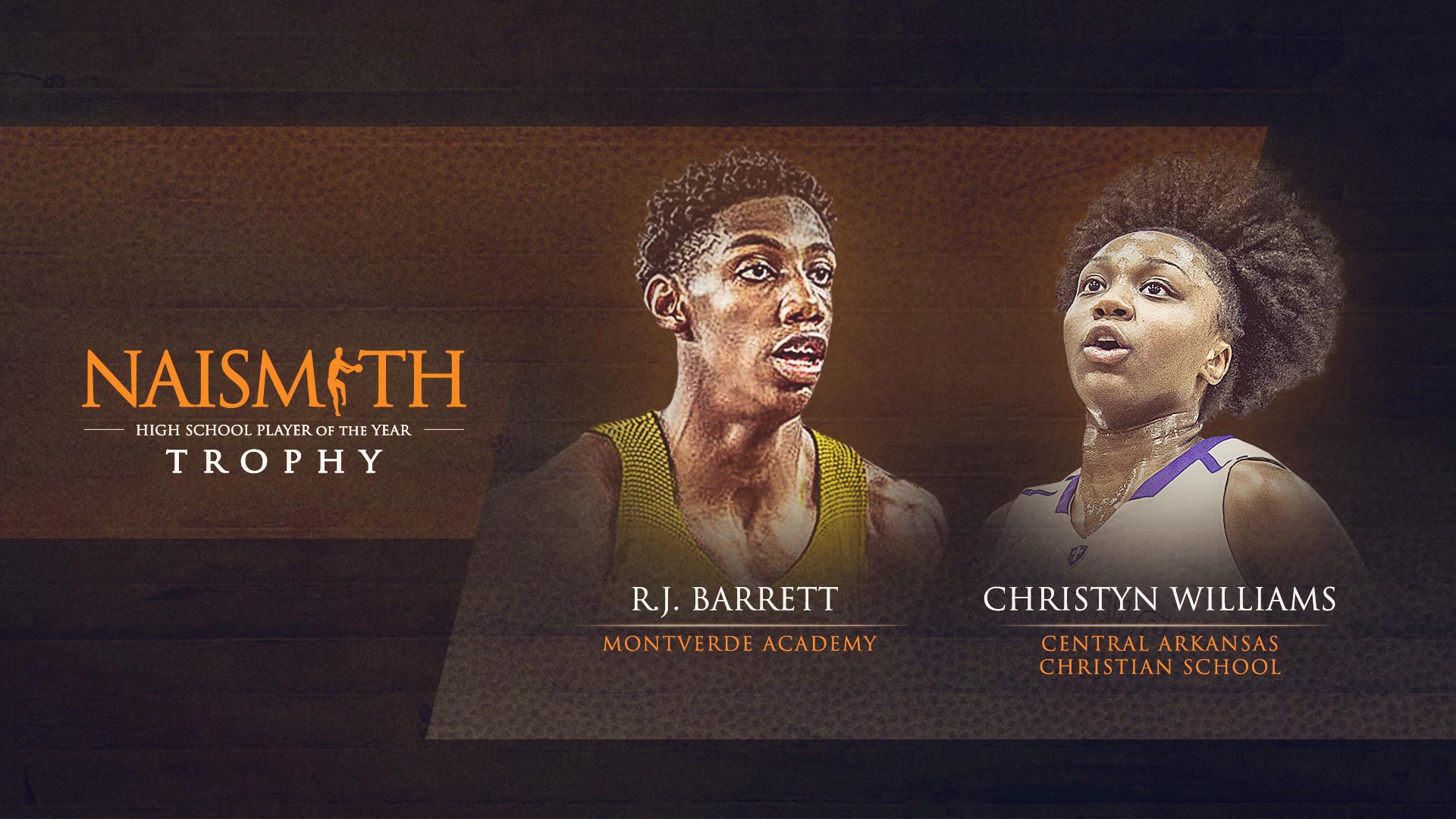 “These two players have been outstanding this season and have shown all the talent it takes to compete at the next level,” said Eric Oberman, executive director of the Atlanta Tipoff Club. “We are honored to add them to our growing list of High School Player of the Year winners and look forward to seeing them play and compete in the future.”

Williams is ranked the No. 1 female high school player in the country, and she has led her team to a 35-1 record with a 26-game winning streak. The Central Arkansas Christian School Mustangs will play in the Class 4A State Championships later today. Williams has averaged 26.4 points and 10.4 rebounds per game. She becomes the eighth Naismith High School Girls’ Player of the Year award winner to go on to play at UCONN and the second straight and third in the past four years to play with the Huskies.

“I give God all of the glory because without him none of this would be possible. It means the world to me to win the Naismith Player of the Year Award,” said Williams. “It has been one of my goals since eighth grade and to finally see my dreams turning into reality is an amazing feeling. It is a blessing to represent Arkansas with this national award, and I am very grateful to be given this opportunity.”

Earlier this week, the Atlanta Tipoff Club announced that Montverde coach Kevin Boyle was named the 2018 Naismith High School Coach of the Year award winner. This marks the third time ever that the Player of the Year and Coach of the Year have come from the same school. Previously, Satch Sullinger (COY) and Jared Sullinger (POY) from Northland High School in Columbus, Ohio won in 2010 while in 2016 Steve Baik (COY) and Lonzo Ball (POY) took home the awards to Chino Hill High School in Chino Hills, California.

Barrett is also ranked the No. 1 player in boys’ high school basketball and is the second player from Montverde Academy to win the Player of the Year title in the past four seasons (Ben Simmons, 2015).  Barrett’s team is 31-0 and hopes to continue its streak at the High School Basketball National Tournament in New York City later this month. He will be the third high school award winner to go on to play collegiately at Duke University, tying UCLA and Georgia Tech, following Shane Battier (Detroit Country Day, Beverly Hills, Michigan) in 1997 and Austin Rivers (Winter Park High School, Orlando, Florida) in 2011.

“It is an honour to receive the Naismith Player of the Year award,” said Barrett. “I want to thank God, my family, friends, teammates, coaches and the Montverde community, as well as all the people who voted for me.”

The winners were selected by basketball journalists from around the country who form the Naismith Awards national high school board of selectors.  The ballots were based on outstanding player performances during the 2017-18 high school basketball season.