ATLANTA (February 28, 2018) – Today, the Atlanta Tipoff Club announced the 10 national semifinalists competing to receive the 50th Citizen Naismith Trophy for Men’s College Player of the Year. Four finalists will be selected from this list of 10 by the Naismith Awards master voting academy. Fans will be able to support their favorite finalist by visiting naismithtrophy.com/vote from March 19-30 to cast their ballot and help decide the winner. The fan component counts for five percent of the vote. On April 1, the 50th Citizen Naismith Trophy will be awarded during the Naismith Awards Brunch at Pearl Stable in San Antonio.

“Our semifinalists have played incredibly well this season, and as we approach postseason play, they have the chance to win the 50th Citizen Naismith Trophy during this celebratory season,” said Eric Oberman, executive director of the Atlanta Tipoff Club.  “One of these 10 players will join a list of legends as we continue our legacy of honoring college basketball’s most outstanding players.”

Celebrating its 50th year by honoring past winners, the Citizen Naismith Trophy has been presented to 45 unique winners at 31 schools over the last 49 years, starting with its first presentation to UCLA’s Lew Alcindor, now known as Kareem Abdul-Jabbar, in 1969.

“These 10 men have displayed all the talent on the court it takes to become a Citizen Naismith Trophy award winner,” said Eric Horowitz, managing director U.S. and travel retail, Citizen Watch Company of America, Inc. “We look forward to supporting them as they approach the postseason and compete for the top spot.”

ABOUT THE ATLANTA TIPOFF CLUB
Celebrating 50 Years of the Citizen Naismith Trophy
Founded during the 1956-57 season, the Atlanta Tipoff Club is committed to promoting the game of basketball and recognizing the outstanding accomplishments of those who make the game so exciting. The Atlanta Tipoff Club administers the Naismith Awards, which have become the most prestigious national honors in all of college basketball. Named in honor of Dr. James Naismith, inventor of the game of basketball, the Naismith Trophy recognizes the top Men’s and Women’s College Basketball Players of the Year. Other Naismith Awards are presented to the Men’s and Women’s College Basketball Coaches of the Year, Boys’ and Girls’ High School Basketball Players and Coaches of the Year, Basketball Officials and Outstanding Contributors to the game. Celebrating its 50th year by honoring past winners, the Citizen Naismith Trophy was first presented to UCLA’s Lew Alcindor (later known as Kareem Abdul-Jabbar) in 1969. Old Dominion’s Anne Donovan won the inaugural Women’s Citizen Naismith Trophy in 1983.

ABOUT CITIZEN
Citizen, a pioneer in watchmaking and innovative technology since 1918, promotes excellence and creativity with a deep-rooted respect for craftsmanship. Citizen advocates “Better Starts Now,” searching for and accomplishing goals that are cause driven. In this respect, Citizen aligns with organizations and personalities that reflect the values of the brand including the Billie Jean King Leadership Initiative, Naismith Awards, National Merit Scholarship, and Good360. 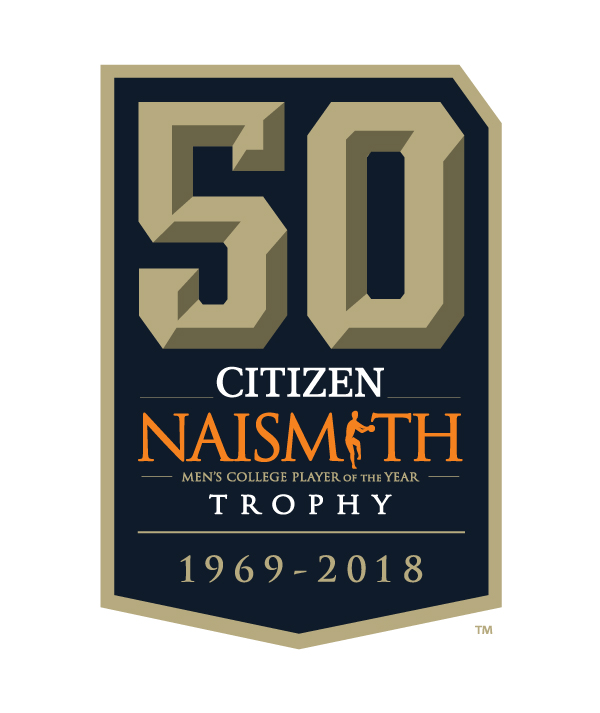