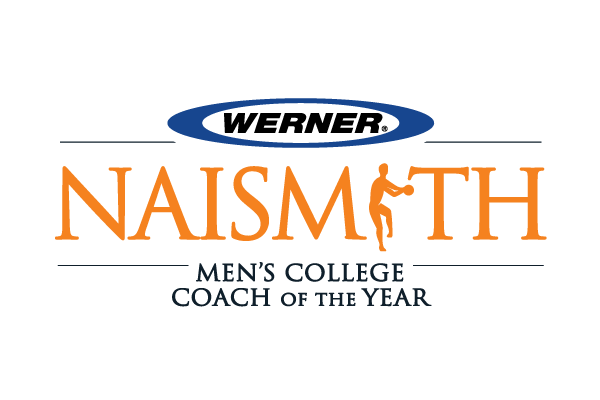 The group was chosen by the Atlanta Tipoff Club’s national voting academy, comprised of leading journalists from around the country, current and former head coaches, former Naismith Award winners and conference commissioners, who based their selections on outstanding coaching performances during the 2016-17 college basketball season. The vote was tabulated and certified by Aprio, formerly Habif, Arogeti & Wynne, the largest full-service, independent CPA-led business advisory firm, based in Atlanta.

This year, fans have a say in the choosing the winner. Between March 20-31 fans can visit naismithtrophy.com/vote to cast their ballot for one of these four Naismith Award finalists. Voting ends at 11:59 p.m. EDT on March 31 and fans are limited to one vote per day. The fan vote will account for 5% of the total vote.

The 2017 Werner Ladder Naismith Men’s College Coach of the Year will be announced on Sunday, April 2 at the Naismith Awards Brunch delivered by UPS at the Final Four in Scottsdale, Ariz.

“There are so many story lines associated with these coaches and their teams this season, and each one is unique and compelling,” said Eric Oberman, executive director of the Atlanta Tipoff Club. “They all have strong cases to be named the Werner Ladder Coach of the Year, and that presents the challenge that our voters will face over the next couple weeks.”

“It is an incredible honor to be aligned with the Naismith Coach of the Year Award recognizing these legendary coaches and their accomplishments,” said Chris Filardi, vice president of marketing at Werner Co. “Throughout the season these coaches challenged their student-athletes both on and off the court and deserve this special recognition.”