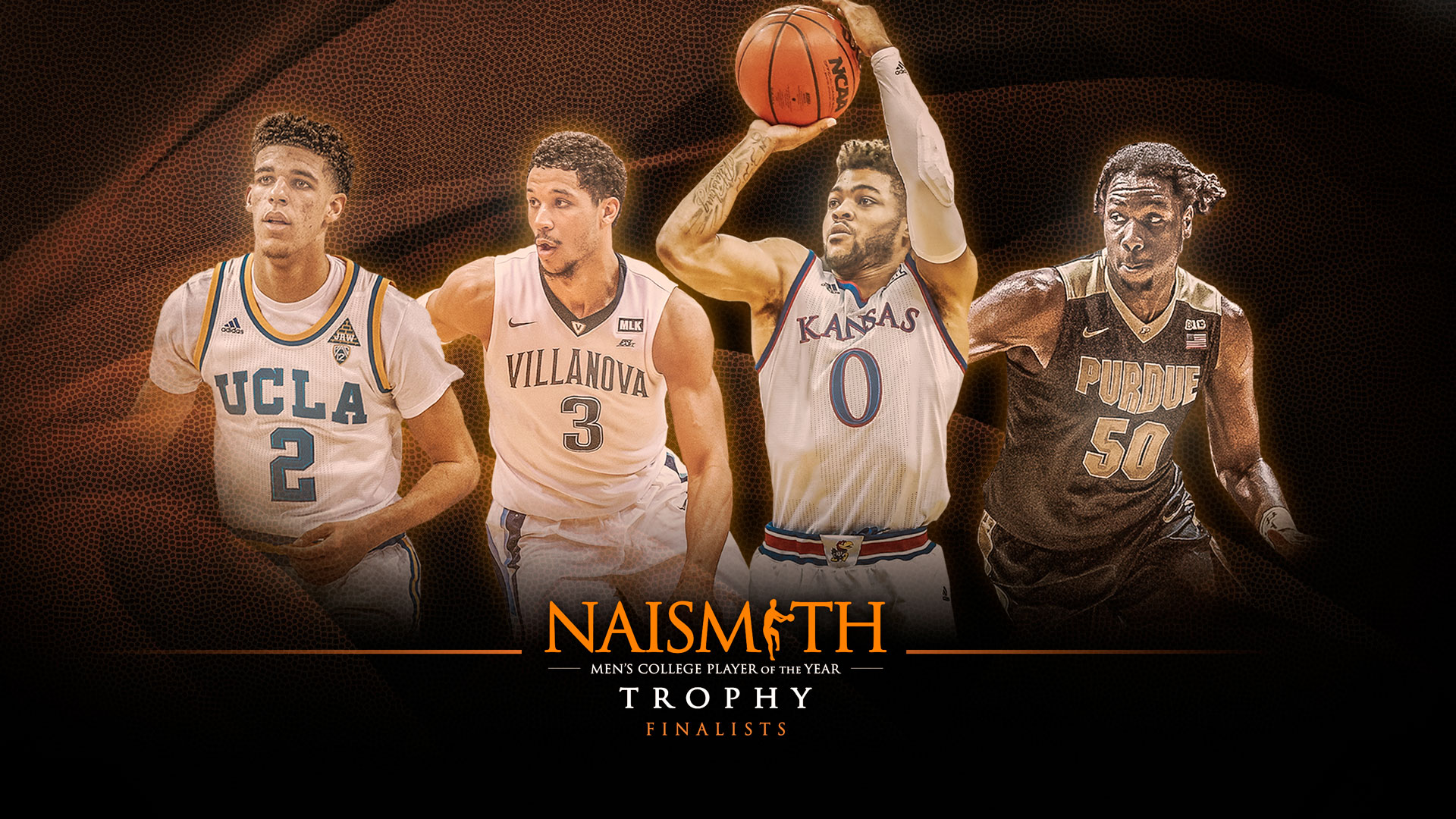 Ball is the 2016 Naismith High School Trophy winner, and would become the fourth Bruin to claim the college Naismith Trophy, following Lew Alcindor (1969), Bill Walton (1972, 73, 74) and Marques Johnson (1997). Hart looks to become the second BIG EAST player to win the Naismith Trophy in four years, after Creighton’s Doug McDermott in 2014. Mason III and Swanigan are chasing their respective school’s second Naismith Trophy – Danny Manning won in 1988 at Kansas while Glenn Robinson of Purdue was the 1994 honoree.

The four finalists were chosen by the Atlanta Tipoff Club’s national voting academy, comprised of leading journalists from around the country, current and former head coaches, former award winners and conference commissioners, who based their selections on outstanding on-court performances during the 2016-17 college basketball season. The vote was tabulated and certified by Aprio, formerly Habif, Arogeti & Wynne, the largest full-service, independent CPA-led business advisory firm, based in Atlanta.

This year, fans have a say in the choosing the winner. Between March 20-31 fans can visit www.naismithtrophy.com/vote to cast their ballot for one of these four Naismith Trophy finalists. Voting ends at 11:59 p.m. EDT on March 31 and fans are limited to one vote per day. The fan vote will account for 5% of the total vote.

The 49th presentation of the Naismith Trophy will be on Sunday, April 2 at the Naismith Awards Brunch delivered by UPS at the Final Four in Scottsdale, Ariz. The entire awards presentation will be broadcast live at facebook.com/Naismith and also simulcast on Sirius XM College Sports Nation, Channel 84.

“Throughout this season we realized that there would be numerous candidates worthy of the Naismith Trophy, so for these four individuals to emerge as finalists, it says a great deal about their drive, determination and leadership,” said Eric Oberman, executive director of the Atlanta Tipoff Club. “Their performances in the tournament will go a long way in determining the winner.”

Founded during the 1956-57 season, the Atlanta Tipoff Club is committed to promoting the game of basketball and recognizing the outstanding accomplishments of those who make the game so exciting. The Atlanta Tipoff Club administers the Naismith Awards, which are the most prestigious national honors in all of college basketball. Named in honor of Dr. James Naismith, inventor of the game of basketball, the Naismith Trophy recognizes the top men’s and women’s college basketball players, coaches, administrators and officials. The Naismith Trophy was first presented to UCLA’s Lew Alcindor (later known as Kareem Abdul-Jabbar) in 1969.